As if January 2018’s record cold, snow fall, storm surge, and winter winds are not dangerous enough, the “bomb cyclone” of Winter Storm Grayson generated intense levels of lightning along the East Coast.

Back to Previous Blog Bomb Cyclone with Lightning

As if January 2018’s record cold, snowfall, storm surge, and winter winds are not dangerous enough, the “bomb cyclone” of Winter Storm Grayson generated intense levels of lightning along the East Coast. The density of winter lightning storms, also known as “thundersnow”, has probably been underestimated in the past because snow muffles the sound of thunder and limits the visibility of lightning. New techniques for monitoring lightning strikes are, however, reveal the full extent of thundersnows that occur during winter.

Thundersnows struck on the other side of the Atlantic Ocean, as well, with severe weather warnings in Ireland and closing schools in the United Kingdom.

By the way, a viral video shows a weather reporter, broadcasting out-of-doors, dancing with excitement after witnessing thundersnows. We can understand the thrill this professional meteorologist experienced due to this display of nature’s power, but caution that he was endangering himself and his camera crew. Summer or winter, remember, When Thunder Roars – Go Indoors.

This image, compiled by the University of Washington, shows a line of lightning flashes moving inland with Winter Storm Grayson. 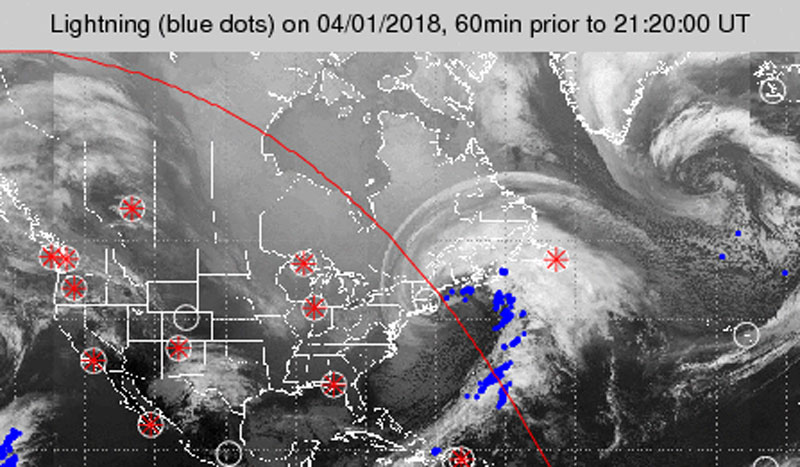