Fastest Growing Cities are at Risk for Lightning

Most of the Nation’s fifteen fastest-growing cities are in areas with warm climates with moderate to high levels of lightning activity.

Builders, developers, and city planners should recognize this as a reminder of how important it is to include lightning protection in their buildings.

Lightning density is the number of lightning strokes (ground strikes) per square kilometer per year; the greater the density, the greater the risks due to lightning. The maps used to plot density typically show eleven ranges of density between “less than 0.25” and “greater than 32”. A density of 8 is midway between the smallest and largest ranges in the maps based on data from the National Lightning Detection Network.

The city growth rates are based on US Census data and show the percent of population change for cities and towns with populations of 50,000 or more on July 01, 2015.

To be clear, lightning occurs in all parts of the United States. It is easy to understand, however, the link between population growth and lightning. The warmth that makes Southern coastal states attractive also fuels thunderstorms. 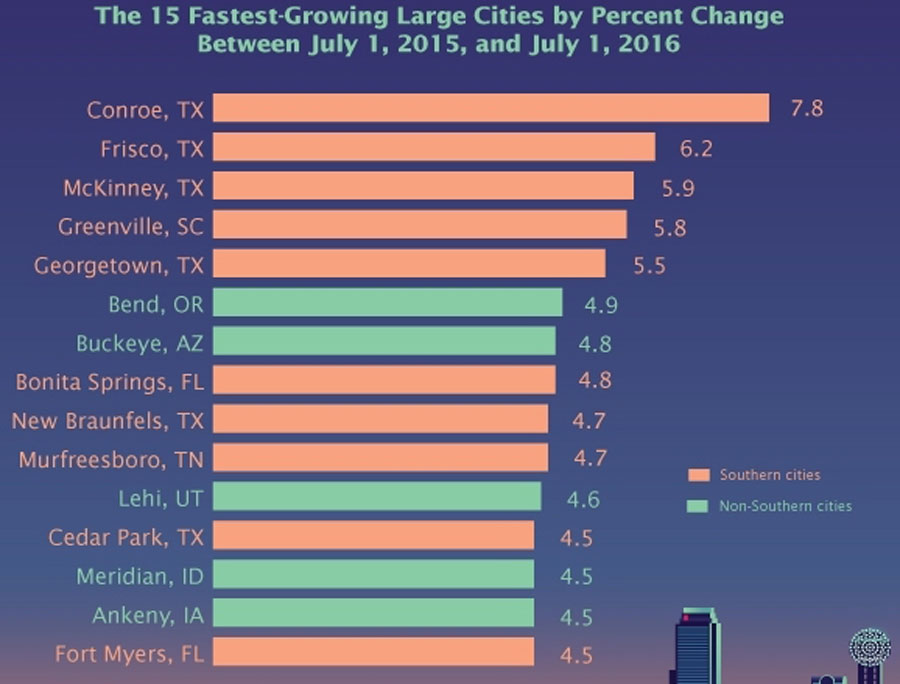