Lightning is a year-round threat, as these news items from the past winter remind us.

Back to Previous Blog LIGHTNING IN WINTER? YES! 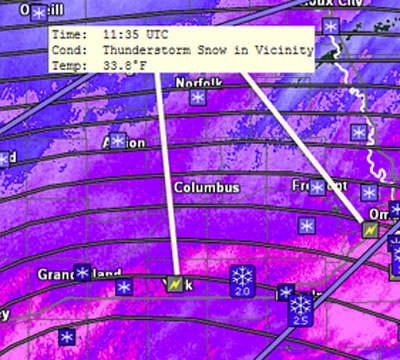 Lightning is a year-round threat, as these news items from the past winter remind us.

Thundersnow can move across wide storm fronts. “A storm packing blizzard-like conditions, as well as lightning strikes, was expected to deposit several inches of snow… Reports indicated that residents were waking up to a nasty brew of heavy snow, fierce winds and lightning… Nebraska and neighboring Iowa had been hit by more than 100 lightning strikes in the span of hours.” Source: NY Times

Even on the West Coast where lightning is less frequent, a recent storm “was reportedly shaking residents in Malibu out of their early morning slumber with thunder and lightning. Pea-sized hail and ground lightning strikes were reported…”Source: LA Times